Adventures in editing. [Revisiting this and that]

One of the words we writers tend to overuse is the word ‘that’. If you don’t believe me, use your search/find option in your word processor’s editing tool and see how many times you find it in your work. Obviously, it is sometimes appropriate to use ‘that’ in your sentences, but other times it can be eliminated. Here’s an example:

“I think that this gives you a chance to start over,” Vince said.

It’s not grammatically incorrect, but it isn’t necessary, either. Instead, say:

“I think this gives you a chance to start over,” Vince said.

He arranged to add his name to the multi-business sign that graced the front lawn at the office building, and bought paint to cover the walls of his new space.

In this instance, ‘that’ should be replaced with ‘which’ (…which graced the front lawn…) but it sounds even better when written like this:

He arranged to add his name to the multi-business sign gracing the front lawn at the office building, and bought paint to cover the walls of his new space.

When I did a search for ‘that’ in Three Empty Frames, I found 806 of them!!! I’m in the process of finding all those ‘thats’ and eliminating or replacing them.

I read that advice some years ago and never forgot it. Whether you write by the seat of your pants (pantser) or you meticulously plot out your story (plotter), you eventually will come to a point where you write yourself into a corner or your plot hits a wall. You have a couple options: scrap it and start over from the point you got yourself into that mess, or write yourself out of it. If you choose the latter, the challenge is writing a solution without taking the shortcut of using coincidence to bail yourself out.  Not only does it ask too much of the reader, it just begs them to roll their eyes and put down the book with a heavy sigh and an ‘oh brother’. 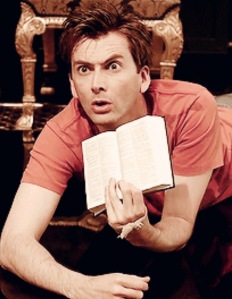 One helpful way to avoid figuratively standing on tiptoe in your painted-in corner is to use a timeline spread sheet or plot diary, if you will. What I mean is, make notes for yourself along the way that keep track of the plot points that build your story. Most of the time you will catch the issues with the story before they become major rewrites or too complicated to resolve without resorting to the implausible.

Whatever method you use to record your plot, include the dates, the chapter and page number and space for detailed notes on what was happening. So even if you don’t meticulously plot out your story ahead of time, plotting along the way will help you avoid wasting time later with lengthy revisions and corrections.

I wish you happy writing and productive editing!

While I was waiting for answers as to how to proceed with my existing material and querying options, I kept busy by revising and polishing up the opening scenes of my self published novels. I determined that whether I queried with them or not, they will be a major component of my ‘author platform’ and need to be as engaging and professional as possible. The second book in the series, Seeing Red, picks up where three Empty Frames leaves off. Literally. Not in the sense that the reader will be confused, but without anything dramatic to introduce the story. My female lead is in the car returning from vacation. Yawn. Right? Here’s the new opening scene to Seeing Red – Book Two in The Bucks County Novels.

Restraining order. Ethan Samuels couldn’t believe his ears. He sat next to his agent and across from his coach and his lawyer listening to the latter explain his options.

“Miss Evans is serious, Mr. Samuels,” he was saying. “Your coach here has a solution that might just be a little more palatable.” The attorney nodded at Coach Fielding. “Go ahead and tell him, Jeff.”

The coach leaned forward in his chair. “Ethan, it might be time for you to make a fresh start somewhere else. You’re at the peak of your career and very highly sought after. We have an offer on the table for a trade with Philadelphia. We think you should consider it.”

“Philadelphia?” he repeated. He grew up in the suburbs of Philadelphia, had been a fan of the football team since he was a little kid. It would be like going home.

His coach nodded. “It’s a good deal, Ethan. They are in desperate need of a star wide receiver. You’re a perfect fit for the team. It’s a new coach, they drafted a talented young quarterback and you’d be the last piece of the puzzle to get them in playoff contention. You know as well as I do Tennessee needs to rebuild and we won’t be getting to the playoffs this year. Even if you stayed on.”

Ethan looked at his agent who smiled and passed him a sheet of paper. “They’re throwing a lot of money at you, Samuels. I think you should take it.”

His lawyer added, “And the Kelly Ann Evans issue goes away.”

Ethan’s vision blurred. He had thought Kelly Ann Evans would be the woman he’d spend the rest of his life with. He loved her so much. How could she do this to him? If she’d only give him another chance… “What if I stay?” he asked, without looking at the figures on the sheet.

His lawyer sighed. “You are not allowed within two hundred yards of Miss Evans. She has also threatened to tell all on the talk show circuit.” He paused and held up a finger. “But, she has agreed to stay quiet if you take this deal and leave her alone.”

His agent put a hand on Ethan’s shoulder. “This is your best option, Ethan. It’s a multi year contract with a nice fat signing bonus. You’re not going to get anywhere sticking around here.”

Coach Fielding added, “It’s for the best, son. In more ways than one.”

Find it on Amazon!