I mentioned when I posted my first sketch, that I’d been inspired by the audio production of the play ‘The Half-life Of Marie Curie’. For my second sketch of the year, I’ve chosen the other character in the play: Hertha Ayrton. While not as well known as her friend, Marie Curie, Hertha Ayrton was a brilliant scientist in her own right. She was a mathematician, physicist and electrical engineer, mind you, in the early 20th century when the field was in its infancy. Because of her study of the characteristics of the electric arc and the resultant improvements in the use of electricity for lighting, she became the first woman to present her own paper before the Institute Of Electrical Engineers. Shortly thereafter, she was invited to become the first female member of the IEE.

Her work with vortices in water inspired the Ayrton Fan –a device which, despite the reluctance of the British War Department to deploy it– was used to dispel poison gas from the trenches in the Western Front during the Great War. Some 100,000 of these fans were used from 1916 over the course of the war.

In September 2019, the UK Prime Minister, Boris Johnson launched The Hertha Ayrton Fund, which is intended to aid developing countries to reduce emissions and meet global climate change goals by giving them access to the latest technologies. I think Hertha Ayrton would be delighted.

Here is my sketch of Hertha Ayrton and the photo I used for reference: 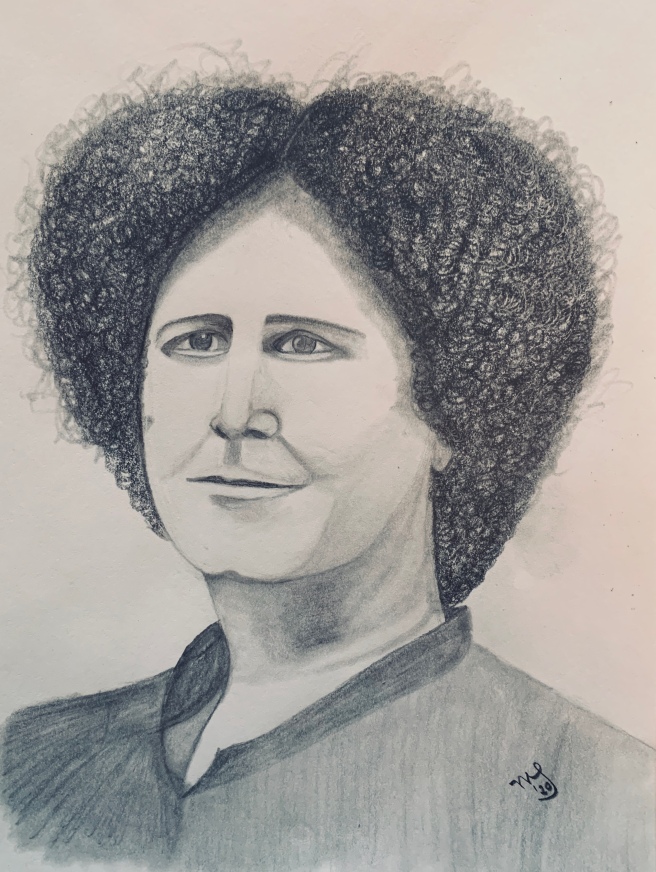 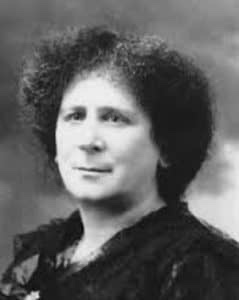